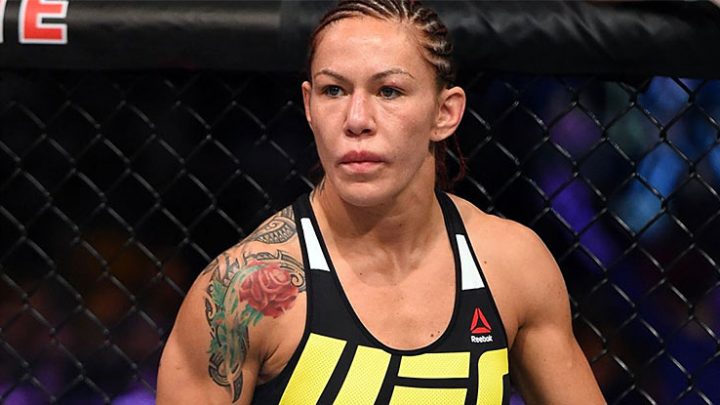 The free agent market for Cris Cyborg is now officially over! The former UFC featherweight champion is now stepping over into the world of Bellator MMA.

That’s right! Following Cyborg’s brute departure from the UFC, the Brazilian quickly inked a lucrative deal with Bellator. Cyborg previously teamed up with Scott Coker in STRIKEFORCE, so Bellator should be fairly familiar territory.

According to a statement released by Coker on Tuesday, Cyborg just signed “the biggest contract in women’s MMA history.”

I have worked with countless athletes over my thirty-plus years of promoting combat sports, but there is no one quite like ‘Cyborg’. Her ability to excite the crowd from the moment she makes her walk to the cage is special, and having had the pleasure of promoting several of her fights in the past, I am looking forward to the opportunity of promoting her once again.

Cyborg’ is the most dominant female fighter in the history of the sport and she will be a perfect fit here at Bellator, where champion Julia Budd and the other women that make up best female featherweight division in the world have eagerly awaited her arrival.

In addition, Cyborg expressed great enthusiasm in a short video clip, which was shared earlier today by Bellator’s president.

My goal is to be the only female fighter is holding four different major titles in the same division.

There is no word yet on when Cyborg will debut, but it’s most likely she’ll end up jump right into deep water with Julia Budd in the not too distant future.

Stay tune to Yell! Magazine for the update.