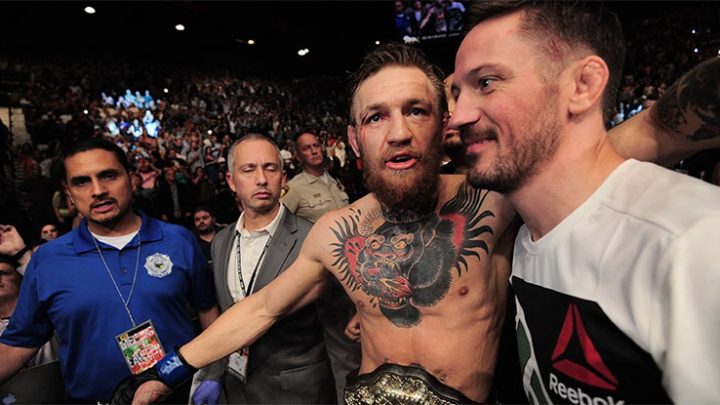 Former UFC featherweight and lightweight champion Conor McGregor is itching to return in the UFC. Although he wasn’t present in Abu Dhabi this weekend for UFC 242, the Irishman was clearly paying close attention.

Following Khabib Nurmagomedov‘s second title defense against Dustin Poirier, McGregor quickly addressed the champion and the world of MMA in a Twitter post.

“Book my rematch for Moscow,” McGregor wrote on social media.

For those of you not following any interviews with UFC President Dana White over the weekend, the boss man stated that if former interim champion Tony Ferguson didn’t end up fighting Nurmagomedov next, then McGregor will most likely get the rematch.

Tony Ferguson gets the next shot and obviously if for whatever reason Tony can’t take the fight or doesn’t want the fight at that time then we would figure out what was next but Conor would make a lot of sense.

McGregor  hasn’t fought since he faced Nurmagomedov but he has stated recently that he hopes to book his return to the UFC Octagon before the close of 2019.