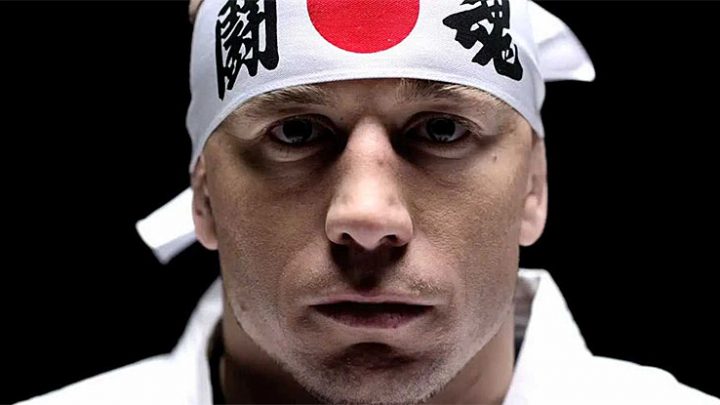 The professional MMA scene is littered with fascinating rags to riches tales. Its leading lights lead lavish lifestyles nowadays, but they had to engage in all manner of weird and wonderful jobs to make ends meet before they became famous. These are five interesting jobs previously held by some of the world’s biggest UFC stars:

The Spider is widely considered to be one of the greatest fighters of all time. He holds the record for the longest title reign in UFC history and his net worth is estimated at a cool $18 million. However, Silva came from humble beginnings. He grew up in a poverty-stricken family in Sao Paulo and began training in jiu-jitsu with neighbourhood kids. He juggled training with a job as a crew member at McDonald’s, where he developed a love of the Golden Arches. After becoming a superstar middleweight, he maintained a strict diet, but cheat meals always involved a burger and fries. Yet he eventually traded in Big Macs for Whoppers when he signed a lucrative sponsorship deal with Burger King.

GSP held down all sorts of odds jobs in order to pay his school fees while also learning karate, wrestling, Jiu-Jitsu and boxing. He first took up martial arts to protect himself against the bullies that regularly stole his clothes and money at a school in Quebec. He developed into a formidable amateur fighter, but he needed to work hard before becoming a pro. One job saw him work as a bouncer at Fuzzy Brossard, a nightclub in Montreal’s South Shore area, and he also worked in a grocery store, but his most cherished role involved working as a garbage man for six months. “That was not so bad, actually,” said St-Pierre. “That was actually one of my most fun jobs.” Rush soon left that behind and ended up becoming one of the greatest fighters of all time. He held UFC welterweight title for 2,204 days, which is the second longest combined title streak in history, behind only Silva. Rush then returned to the Octagon at UFC 217 and won the UFC Middleweight Championship with a third-round rear-naked choke on Michael Bisping, cementing his status as an MMA legend.

The Notorious spent his time fixing broken toilets and battling leaks in dank bathrooms before becoming arguably the world’s biggest MMA star. McGregor began working as a plumber’s assistant in 2006 after moving with his family to Lucan on the outskirts of Dublin. It did not pay much, and he was on social welfare to help make ends meet. McGregor then met UFC fighter Tom Egan and the rest his history. He quit his job, focused on becoming a fighter and had his first professional bout in 2008. Five years later, Dana White offered him a contract, and he knocked out Marcus Brimage on his debut. He has earned a cool $235 million over the course of his career, and he remains the biggest star draw on the UFC scene. “People appreciate my story, and many relate to me,” said McGregor after reflecting upon his past. “I know I relate to many of them.” He is still going strong at the age of 31, and he recently vanquished Donald Cerrone after being installed as the clear favorite in the exciting fixed odds markets.

Franklin earned a degree in mathematics and a master’s degree in education at the University of Cincinnati. He then went on to teach maths at Oak Hills High School in Cincinatti, but he trained as an MMA fighter in his spare time. Franklin did not exactly look like a cage fighter, but he dazzled on his pro debut with a 21-second knockout win against Michael Martin at World Extreme Fighting 6. He made more money teaching than fighting, but he was growing in prominence, and you can imagine there was very little backchat among his students when he gave an order. Franklin finally decided to become a full-time fighter after winning 17 of his first 19 fights, and he knocked out Ken Shamrock in The Ultimate Fighter Season One finale. Franklin went on to become UFC middleweight champion, and he is renowned for two thrilling fights against Silva.

Alexander idolized Jam Master Jay and DJ Scratch while growing up in Omaha, Nebaraska. He became an underground DJ and he also hosted weekly rap battles before becoming a UFC star. That led him to set up the record label Hustle Music, and he remains a prominent member of the Omaha underground hip-hop scene. Alexander is also a talented graffiti artist, and he is responsible for several iconic murals in Omaha. He went on to deliver a brutal first-round knockout of Keith Jardine on his UFC debut, and he has also competed in Bellator, Shark Fights, the RFA and KSW.