5 Greatest Boxers of All Time 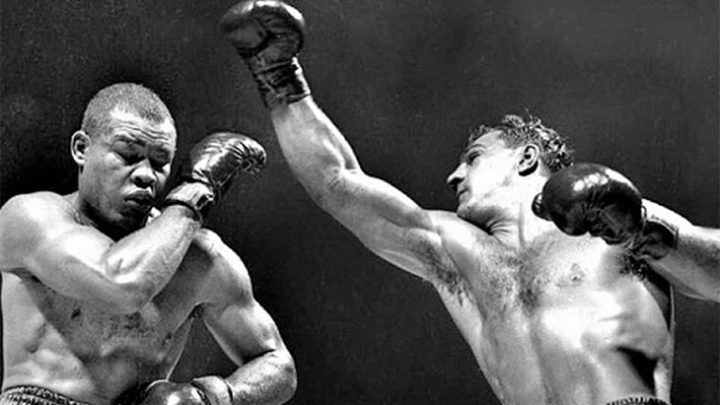 Whether you enjoy sports as a form of entertainment or you just love to level up your sports experience by betting on your favorite athletes, most of you may agree that boxing is perhaps one of the most sought-after sports. Given that fact, the sport of boxing has already produced thousands of big names in the ring since its inception.

Antonio Tarver, Archie Moore, and George Foreman are just some of the deemed oldest and popular professional boxers all over the world. From them, more names became popular because of their aptitude inside the ring, such as the following:

Considered by many as “The Greatest,” including himself, Muhammad Ali made a mark in the world of boxing for several reasons.

Ali was an American boxer who was an Olympic gold medalist and was known as the first boxer to claim the heavyweight title thrice. In his 21 years of fighting for various boxing titles, he snatched 56 wins.

However, he was not just known for dominating the boxing ring. Ali’s candor for issues regarding race, religion, and politics also made him a controversial figure throughout his boxing career.

His birth name was Cassius Clay Jr. and later on, changed his name when he joined the Nation of Islam in 1964. Citing his religion, Ali refused military induction and was eventually stripped of his heavyweight championship and was prohibited from boxing for 3 years during the peak of his career.

He was diagnosed with Parkinson’s syndrome at the age of 42, which severely impaired his speech and motor skills. But that didn’t stop him from being a humanitarian and goodwill ambassador.

Floyd “Money” Mayweather Jr. could easily be the most hated boxer on the list, but we can’t deny the fact that he has quite an impressive record of 50-0-0 in the ring, and is a truly high-grossing boxer across all generations.

He was even included in the list of BoxRec’s “Greatest of All Time.” Having total points of 2,256, he’s just over 800 points ahead of Manny Pacquiao (who is also on the list).

He’s also the first to become a billionaire because of boxing. Thanks to his highest-grossing fights with several famed fighters. Floyd himself loves betting on MMA, especially on Conor McGregor’s fights as told by The Sports Bible.

Joe was amongst the deemed best boxers in what was said to be the golden era of boxing.

Louis was a heavyweight champ for a total of 140 consecutive months (or about 12 years), including 25 defenses along the way. This made him the longest-reigning world heavyweight champion in all of boxing history.

In 1942, he volunteered to enlist in the army as a private and reached the sergeant rank in 1945.

Also, he became the first boxer honored by the US Postal Service when they released a Joe Louis 29-cent commemorative stamp in 1993.

Sugar Ray Robinson is another famed boxer considered as one of the greatest of all time.

During his amateur career, he held a record of 85-0 having 69 of those victories by way of knockout, while 40 of them during the first round.

Sugar Ray Robinson retired from boxing in 1952 and made his comeback two and a half years later and reclaimed the middleweight title in 1955.

Manny “Pacman” Pacquiao is a Filipino boxer and perhaps one of the most decorated boxers of all time.

That’s because of his strong reputation of winning over several boxing legends like Eric Morales, Shane Mosley, as well as Keith Thurman.

He fought during the golden era of lightweight-welterweight and was hailed as World Champion in all of the divisions that he fought in.

Pacman took part in some of boxing history’s most memorable fights. Aside from what’s already been mentioned above, he was also able to win against Oscar De La Hoya (2008), knocked out Ricky Hatton in less than 6 minutes (2009), and Miguel Cotto just a few months later.

Only he was not able to win the “Fight of the Century” in 2015 against Floyd Mayweather. Nonetheless, he’s still one of the greatest boxers of all time.

These 5 extraordinary fighters can easily make it to any list of greatest boxers of all time because of their great performances inside the boxing ring. However, you may want to take note that the list is in no particular order and that they don’t necessarily have to be the only five since more boxers also deserve recognition.

Nonetheless, it would be impossible for these boxers not to be included in any list. How about you, who are your favorite boxers of all time?