Is Israel Adesanya the GOAT? 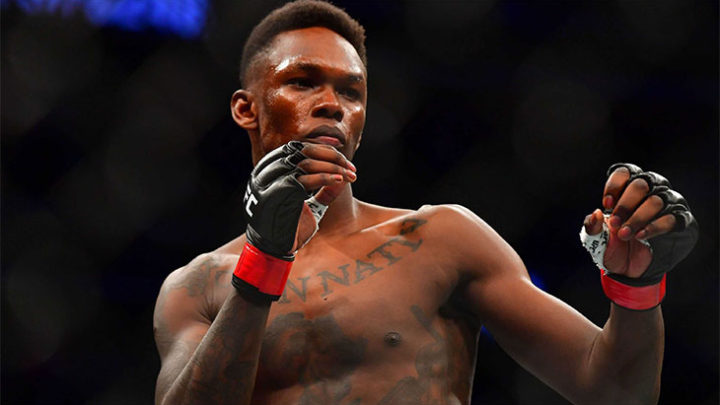 The term ‘Greatest of All Time’ is used far too frequently to describe ordinary athletes these days, but there’s little ordinary about Israel Adesanya. The UFC Titleholder has grinded his way from being bullied as a child in New Zealand to being the Middleweight Champion in the most aggressive sport in the world.

Known as The Last Stylebender, Adesanya gains his nickname from his love for the Avatar anime, but there’s nothing childish about his fighting. Often utilising celebratory dance moves replicating his favourite characters, Adesanya’s opponents are often beat before the fight even begins such is the influence Adesanya bestows on rivals. The 32-year-old Nigerian is odds on to beat challenger Robert Whittaker when they meet in their upcoming bout, and it’s no surprise given his incredible record so far.

Adesanya is the definition of a winner. Moving to New Zealand at just 10 years old, Adesanya was picked on by his school peers and cites that as a key driver in his choice to move into the world of martial arts. Only beginning in kickboxing at the late age of 18, Adesanya dropped out of college and focused his energy on the sport.

Fluent in three languages, Adesanya dominated amateur fighting with a 32-0 record and that supremacy translated into professional kickboxing, where he would rack up a ridiculous 75 victories from only 80 bouts.

In December 2017, Adesanya’s life would change forever as he signed with the UFC and began the journey to dominating the most prestigious division in Mixed Martial Arts. In UFC 236, Adesanya came face to face with American Kelvin Gastelum in his first title match. Despite being the underdog for the fight, Adesanya triumphed in what is widely regarded as the fight of the year with a unanimous decision win.

Adesanya has gone on to defend his Middleweight crown on four occasions since then, showing his supremacy over household names Robert Whittaker, Yoel Romero, Paulo Costa and Marvin Vettori.

Even though it’s clear Adesanya is an educated individual, he’s made mistakes in his career. The Lagos-born fighter made unfortunate remarks ahead of his 2020 bout with Yoel Romero, in which he claimed he’d make his opponent ‘crumble like the Twin Towers’. Adesanya quickly realised the error of his ways and made a public apology, stating that in future he’d be more careful with his choice of words and that he was rambling at the time.

Adesanya almost landed himself in hot water again earlier this year with poorly worded comments about Kevin Holland. Adesanya deleted his tweet shortly after realising the significance of the statement.

Adesanya is not only learning in his social interactions to make him more of a role model, he is also learning in the octagon. The 6’4’’ athlete attempted to step up to Light Heavyweight but was defeated my unanimous decision by Jan Błachowicz. The naturally stronger and heavier Polish grappler was too much for Adesanya but it won’t stop Adesanya’s quest for titles in multiple weight divisions. Izzy commented after the fight ‘how you grow is you learn from your mistakes, you go back to the drawing board and you improve. You become better from them, losses are part of life, losses make you better’.

Currently ranked #3 in the pound for pound list of current UFC fighters, it’s reasonable to think that one of the best strikers in the history of the sport will be considered the greatest ever if he continues to build his legacy with a win over Whittaker in their rematch. The five-time Performance of the Night winner has the ring presence of a deity, and it’s only a matter of time before the history books reflect Adesanya’s superiority over the sport.