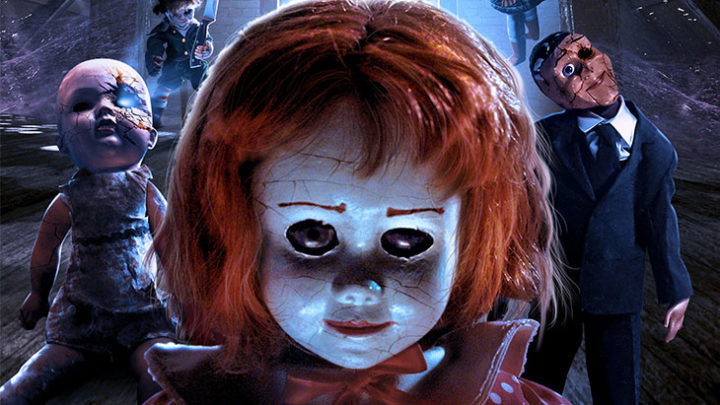 As children, we’re often most scared of the monster under the bed, or the boogieman climbing through the window. However, as we grow older, we often realize that the real terror comes from stuff that can happen in reality; and it often reflected this in the horror movies we hold so dear to our hearts.

Whether you love or loathe them, horror movie tropes have proven themselves to be successful. Here are three that are particularly bone-chilling, due to their likelihood of happening to any of us.

Moving into a new house is something that happens in many high-grossing horror movies, including The Conjuring, Paranormal Activity, and Sinister. While it might seem overdone, it’s actually pretty terrifying. What makes it so spine-chilling? Well, around 13% of Americans move house each year and could find themselves at the center of the next horror movie.

That being said, many of the houses in these films are big and extravagant and, in reality, they would be mind-bogglingly expensive. If you are planning on moving soon, don’t worry – in places like the UK they have mortgage brokers like Trussle that can simplify the process by contacting various mortgage providers and then presenting all the information on just one site. Free services such as this have made the process easy for buyers and can help give the important push for those looking for a home. Plus, your house will be ghost-free too, so you can rest easy.

Have you ever seen a doll, whether in a thrift store or in your great aunt’s basement, that genuinely gave you chills? Movies like Child’s Play and the Annabelle series have become known for their creepy dolls that wreak havoc on the surrounding people, whether that be through demonic possession or actual murder.

Why is it that dolls are such a common horror movie trope, and what makes them so scary? Primarily, they invoke our inherent fear of humanoid figures and the uncanny valley; we’re evolutionarily wired to recognize things that are “not quite human” as a danger to our safety, so the idea of an evil doll is not too out of the realm of possibility. In addition, we traditionally view dolls as innocent toys from our childhood. The idea of them representing something more sinister is a threat to our youth, and that’s pretty terrifying.

In 2021, your phone battery dying might seem like a horror movie all on its own – yet when it happens during a film, we sigh and roll our eyes, However, it’s another trope that has every chance of happening to us at a crucial moment, and that makes it all the more terrifying.

Imagine this: your car breaks down in the middle of nowhere, your phone is dead, and there’s no one to help you for many miles. You’re a potential victim of the elements, as well as anyone with sinister intentions who stumbles across you. The vast majority of us use our phones for everything and, without them, we’re as good as dead. Think about that next time you scoff when it happens to a character in a horror movie!

Horror movie tropes are here to stay whether or not we like it. These are three which have every chance of happening to us in reality – so keep an eye out, and protect yourself from becoming the main character of the next big box office hit.